Despite what Succession and the Godfather movies have taught us, the family that works together, thrives together. From the kitchen table to the multi-generation, multi-site firm, “family businesses at their best are world-beating,” says Professor Nigel Nicholson of London Business School. By contrast, “the level of competition and distrust in non-family businesses is seriously problematic.”

The family company is an ancient business structure that has regained its footing in the digital age. Online stores and services run from the kitchen table power a cottage industry of low-overhead family companies. Their geographical market is limited only by long-distance shipping costs. The work is as satisfying as it is challenging.

And mom-and-pop firms deliver the authenticity and personal touch that established giants have tried so desperately to replicate over the past two decades. During the pandemic, their true colors were revealed. While big corporations profited from deep-set structural imbalances, family businesses were nimble and inventive. A report from KPMG revealed that family firms were 42% more likely to implement a business transformation strategy than non-family firms. These companies supported and were supported by their communities, both online and local.

But just where are those localities? OnDeck wanted to draw attention to the communities where family businesses are making the greatest impact. We analyzed data from the U.S. Census Bureau’s Annual Business Survey to identify the states and metros with the highest proportion of family- and spouse-run companies.

On average, just under one-third (30.3%) of U.S. businesses are family-owned. But that figure rises above one-third in 14 states. And more than two-fifths of businesses are family-run in two states – South Dakota (43.4%) and Idaho (42.3%). South Dakota is a traditionally agricultural state, and around 98% of its farms are family-owned. The state even has its own farm-based retreat for business families to bond and strategize away from the distractions of daily operations. Northeastern and New England areas tend to have fewer family businesses, with four New England states among the 14 with the lowest proportion (Rhode Island, New Hampshire, Connecticut, and Massachusetts). New York State has the least, with just 20.4% of its firms owned by families.

“You have to have a certain personality to work with your family,” says Midwood wig dynasty receptionist Silky Pitterman. “I could never work with my husband. It took me a while to learn how to work with my sisters, and be professional, and not say, ‘I’m going to tell Mommy on you.’” The above map shows the ten metropolitan areas with the most and least family-owned businesses. Lima, Ohio, is way out in the lead as the only metro with more family- than non-family-owned firms (56.2%). Serving a population of just 35,579, Lima’s small businesses benefit from close cooperation. “We support each other, we work with each other and other items. If one goes down, then that hurts the whole community,” says Mike Powell, owner of a family-owned and -operated Lima business.

Silky Pitterman is not alone in refusing to work with her husband. Only 13.2% of New York State firms are co-owned by spouses. Only Connecticut, South Carolina, Delaware, and New Hampshire have fewer spouse-owned businesses than New York — New Hampshire is bottom, with 8.6%. Idaho is America’s capital of hard-working married bliss. An astonishing 35.6% of Idaho firms are co-owned by spouses. One jelly- and jam-making couple relocated their business to Pocatello, ID, citing the high cost of living in California. The Zengers’ goal is to build a self-sustaining ranch to leave behind for their sons, and they’re also keen to pass their skills to local workers. “It’s family oriented,” says Kimberly Zenger about Pocatello. “And I love that it’s a city with a small town feel.” The Large Metropolitan Areas with the Most and Least Family Businesses Riverside-San Bernardino-Ontario, CA, comes out on top for both metrics (family and spouse). And in both cases, it is the first of three California metropolitan areas to make the top ten. But a family business is not without its risks: “At Christmas and all the holidays, it used to tick my mom off,” says Jerry Quiel, who ran his San Bernardino sign-making business with his brothers for many years, “because we’d talk about work because it was so interesting.” While the ten large metros with the least family businesses are within 13% of Riverside-San Bernardino-Ontario’s lead, there is a much bigger gap when it comes to spouse-owned businesses. Rochester, NY, has the fewest spouse-owned companies and fifth-fewest family companies. But one Rochester restaurant, Fox’s Deli, was recently sold from one family to another when husband-and-wife team Shelly and Amy Fox sold up to local brothers Alex and Jason Rheinwald – who had memories of Fox’s sandwiches and soups from their childhood. “I’m happy for my customers because they’ll wind up getting the same good quality food, good service,” says Shelly Fox.

Running in the Family

The largest 500 family businesses worldwide collectively generate U.S. $7.28 trillion in revenues each year. But for small- and regular-sized companies, what they lack in billions and trillions is made up for in terms of pride, a personal connection with the community, and the challenge of overcoming adversity – whether it’s the economic downturn of the pandemic or the imbalance of generational wealth faced by BIPOC businesses.

“It’s a great privilege for me to say I own something,” says restauranteur Will Turner. “My great-great-grandfather, Shadrack Starks, didn’t have that privilege. He was born a slave and only later became a free man.”

For a full look at the metros and states where family business owners are setting their own destiny, please check our data in full below.

We pulled data on the number of family-owned and spouse-owned businesses in every U.S. State and Metro Area from the U.S. Census Bureau’s Annual Business Survey, accessible via data.census.gov.

Spouse-owned businesses represent the total of businesses jointly owned by spouses, regardless of whether they are operated equally by both spouses or mostly by one of the spouses.

The population of the U.S. States and Metropolitan areas was taken from the U.S. Census Bureau’s Population and Housing Unit Estimates. Next: Every State’s Top Import and Export 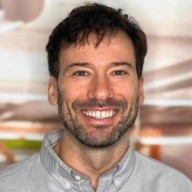